Racism Is Still Pervasive In The United States 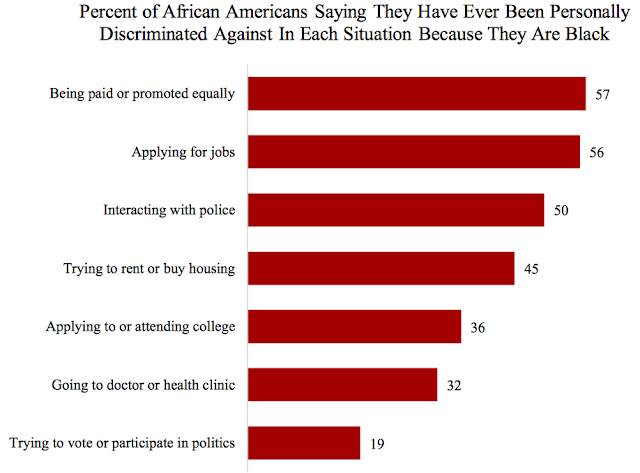 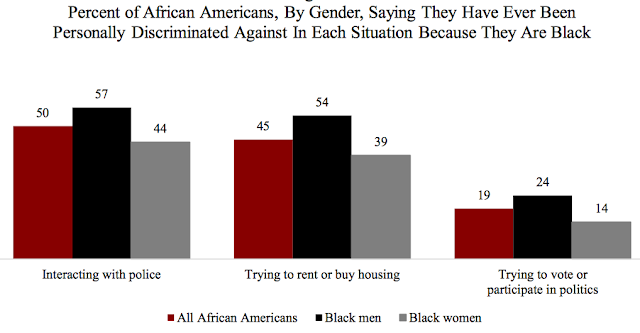 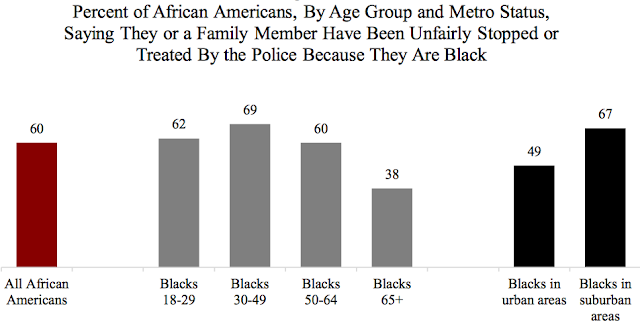 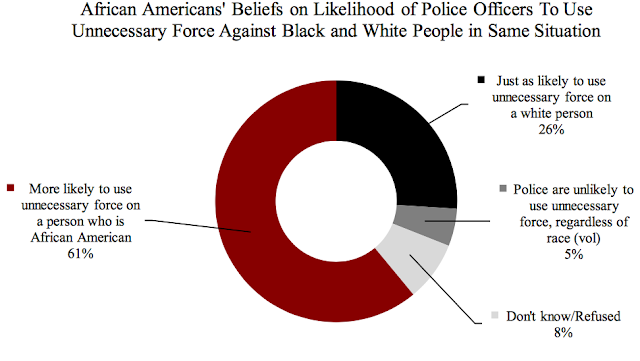 These charts are from an NPR / Harvard T.H. Chan School of Public Health Poll done between January 26th and April 9th of a random national sample of 802 African-Americans, with a margin of error of 4.1 points.

It shows that Blacks still experience many types of discrimination in this country. Too many Whites think that the Civil Rights laws of the 1960's did away with discrimination against minorities. That is just wishful thinking on their part. Racism is alive and well in the United States -- and much more needs to be done to stamp it out.

The poll also questioned other races about discrimination, and sadly, it showed that about 55% of Whites now think they are discriminated against. That is ludicrous. Equal rights is not a zero sum game. Giving equal rights to another groups does not take any rights away from any other group.

What is taken away is White Privilege (the preferential treatment of Whites over other races/ethnicities) -- and that is something that should never have existed in the first place.
Posted by Ted McLaughlin at 12:02 AM