Sexual Harassment Is Being Exposed - Except In Congress 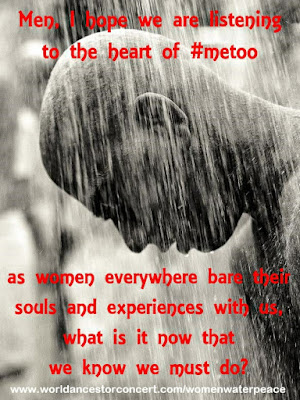 The "me too" campaign has taken social media by storm -- showing that sexual harassment is a serious problem in this country. Some men are surprised by the deluge of women saying they've been the victim of sexual harassment. They shouldn't have been. We live in a patriarchal society, where many men still consider women to be second-class citizens, and subject to the whims of their male peers (especially men in a position of power).

Personally, I am thrilled to see this campaign being so successful, and I hope it signals the beginning of a societal change (which is long overdue) -- a change that brings about true equality.

This change doesn't need just to happen in workplaces, public places, and schools. It evidently also needs to happen in the very halls of our government. It seems that some of those elected to represent us in Congress are guilty of taking advantage of the women they work with. Consider this:


“Congress makes its own rules about the handling of sexual complaints against members and staff, passing laws exempting it from practices that apply to other employers. The result is a culture in which some lawmakers suspect harassment is rampant. Yet victims are unlikely to come forward,” the Washington Postreports.
“Under a law in place since 1995, accusers may file lawsuits only if they first agree to go through months of counseling and mediation. A special congressional office is charged with trying to resolve the cases out of court. When settlements do occur, members do not pay them from their own office funds, a requirement in other federal agencies. Instead, the confidential payments come out of a special U.S. Treasury fund. Congressional employees have received small settlements compared to the amounts some public figures pay out. Between 1997 and 2014, the U.S. Treasury has paid $15.2 million in 235 awards and settlements for Capitol Hill workplace violations.”
Why does Congress get to make their own special rules for the sexual complaints against its members? And why do the taxpayers have to pay for that sexual misconduct? Shouldn't those payments come from the miscreants themselves (or from the money they raised from their misguided supporters)? Taxpayers didn't commit the crime, and they should not be the ones to pay for the misdeeds of congressional sexual predators. Also, anytime a settlement is reached and money paid out, that should be made public -- giving the name of the congressman who was the guilty party.
We are supposed to be equal under the law in this country -- and that includes those elected to Congress.
Posted by Ted McLaughlin at 12:02 AM