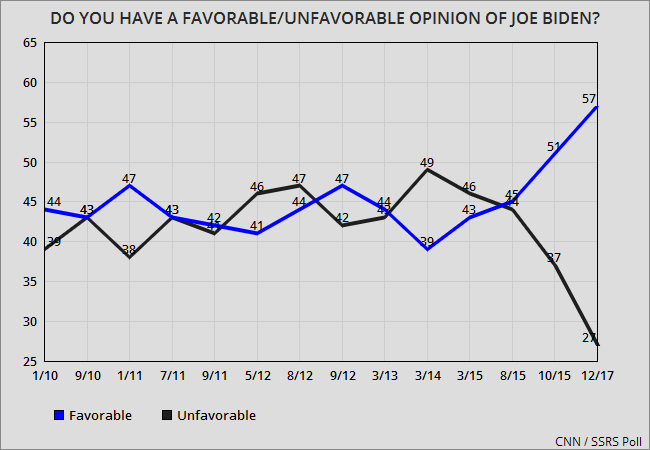 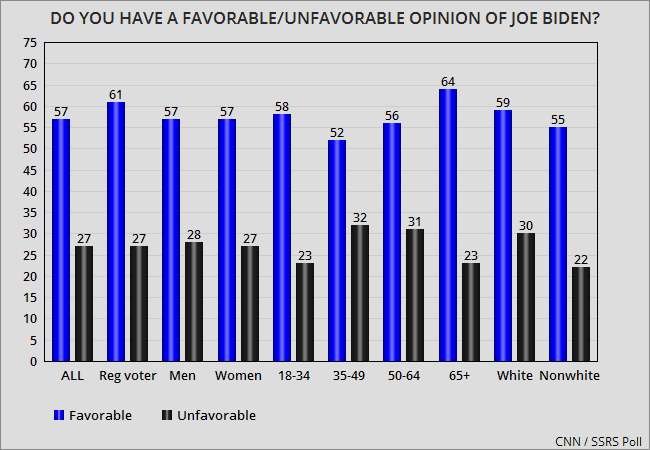 When you talk about possible Democratic candidates for 2020, you must include Joe Biden in the discussion. He is one of the most popular Democrats in the country, and his popularity is growing. Currently, 57% of the general population (and 61% of registered voters) have a favorable opinion of Biden, while only 27% have an unfavorable opinion.

And that overwhelmingly favorable opinion includes both genders, all races, and all age groups. Right now, he would have to be considered the frontrunner for a Trump opponent in 2020.

These charts reflect the numbers in a new CNN / SSRS Poll -- done between December 14th and 17th of a random national sample of 1,001 respondents, with a 3.6 point margin of error.

The poll also asked if the country would be better governed if more women were in political office. The overwhelming answer was yes. That's good for Democrats, who are running more women for Congress in 2018 than ever before. 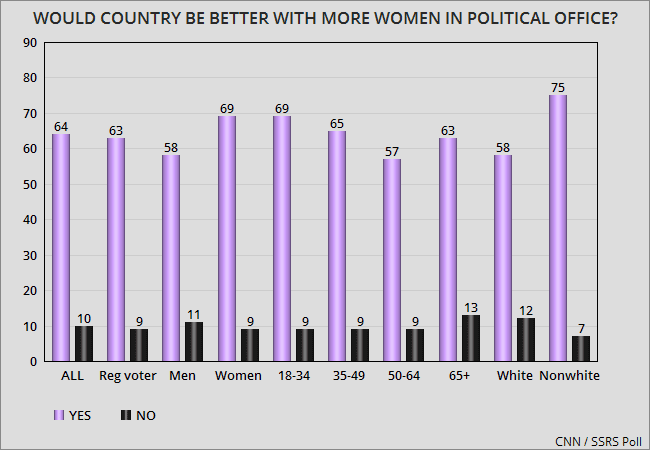