In Fort Worth - And Ready For The Convention To Begin 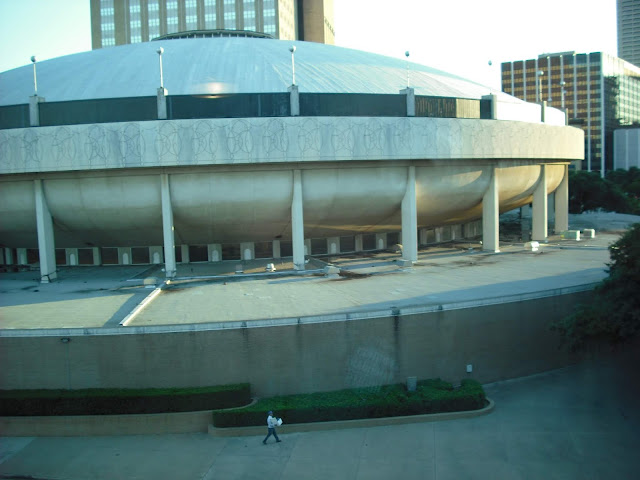 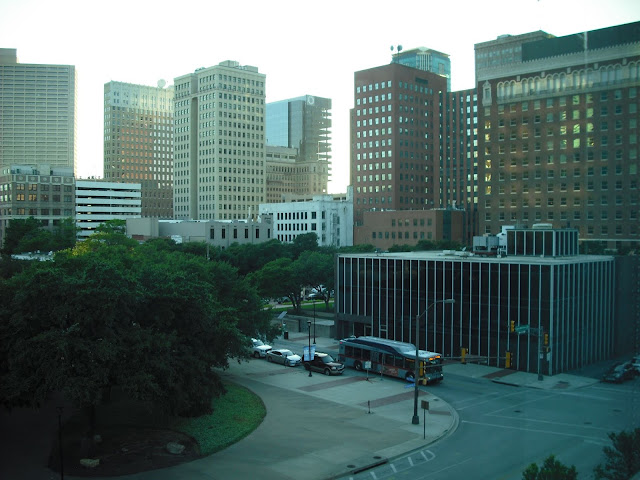 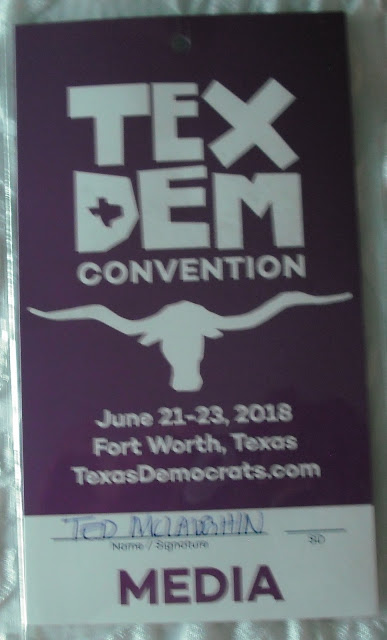 Well, I made it to Fort Worth and got settled into my room at the hotel. Pretty nice room. The top two pictures were taken from my room window. Note that the Convention Center is just right across the street from my hotel.

I'm getting a bit older, and picked this hotel be cause I was trying to save myself some walking. I'll be doing enough of that the next two days anyway -- just getting around in the huge building.

Seems like a bunch of other Democrats had the same idea, as I've met a lot of them in the hotel. I even ran into Texas progressive leader Jim Hightower and my Facebook friend (and good Democrat) Art Pronin in the lobby. Art told me Sissy Farenthold (former candidate for governor) is also in the hotel.

As you can see from the picture at the left, I was able to get my press pass -- but it wasn't easy this time. Texas has drawn some interest from the national media this year, so the press secretary decided bloggers should not have a press pass this year -- because the press room would be too crowded.

I threw aa fit, reminding her that I had been issued a press pass for the last six conventions. After about two hours, they gave me the press credentials. I think she thought that was easier than dealing with me for the next two days.

The convention starts officially on Friday. I'm ready. I love this stuff!
Posted by Ted McLaughlin at 12:06 AM