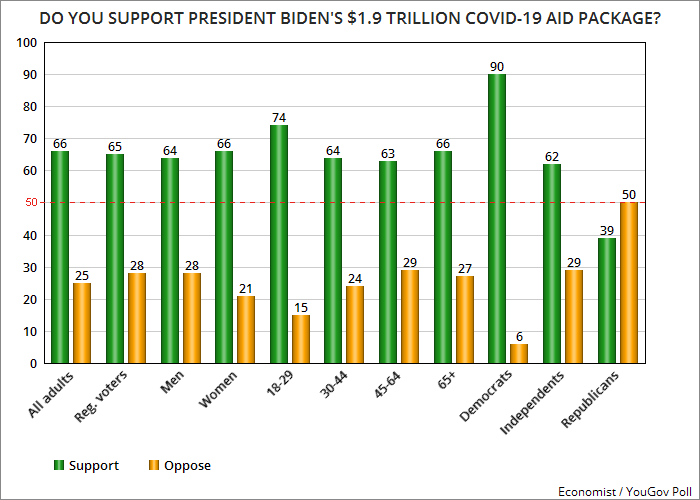 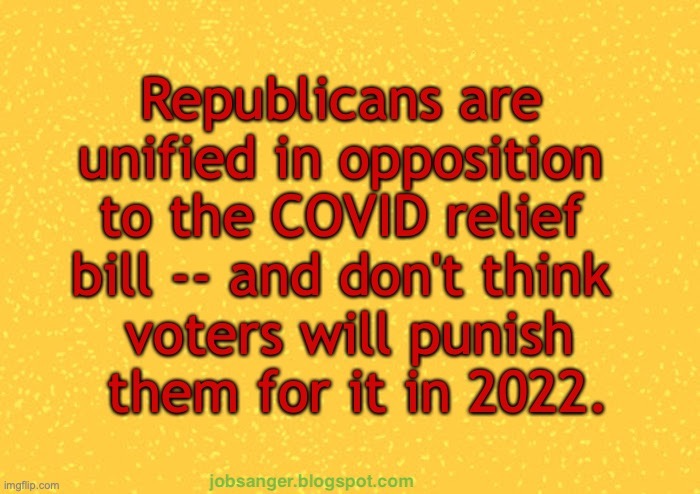 The Republicans are playing a dangerous game. They don't want to give President Biden what he wants -- the $1.9 trillion COVID relief bill. They seem to have decided that they will oppose everything President Biden tries to do, just like they did when President Obama was in office.

But this time things are different. There's a pandemic doing serious damage to the country. It has killed over a half-million people and damaged the economy (throwing millions out of work). While the Republican officials oppose the relief bill, the American people don't. In fact, a substantial majority of them support the bill -- 66% of adults and 65% of registered voters.

They are saying they don't think the voters will punish them in the 2022 election for opposing the relief bill. I think they are wrong -- especially if they are able to block the bill, or substantially reduce the bill's benefits. People have a long memory if you take money from their pockets, or cost them a job. And they won't forgive their family being hurt so the GOP can play politics.

The chart above reflects the results of a new Economist / YouGov Poll -- done between February 19th and 22nd of a national sample of 1,500 adults (including 1,201 registered voters). The margin of error for adults is 2.7 points, and for registered voters is 3 points.