Most & Least Popular Presidents According To The Public 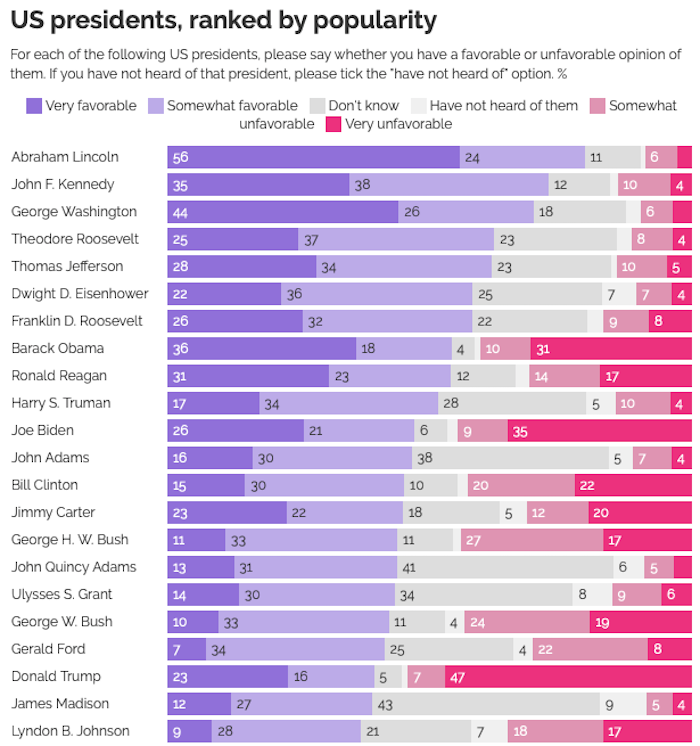 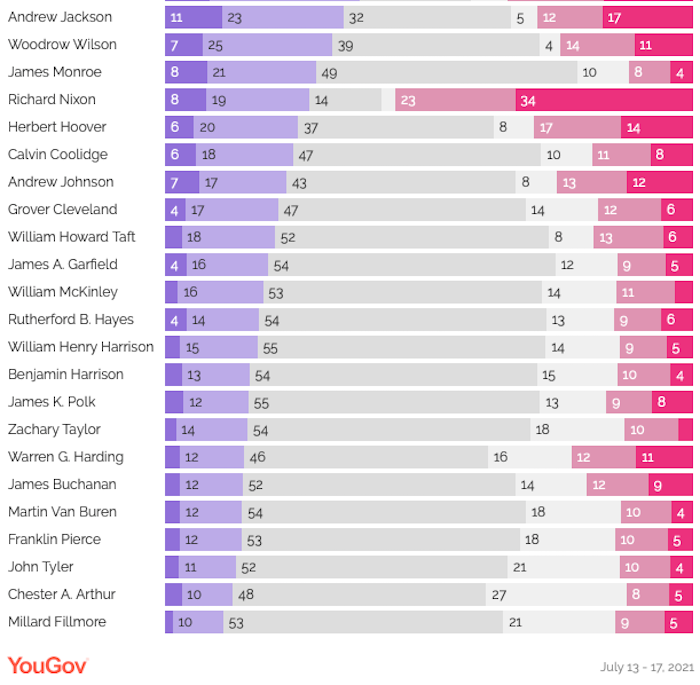 The charts above are from a YouGov Poll done between July 13th and 17th of a national sample of 3,000 adults, with a 2.3 point margin of error.

Historians, in a recent poll, rated Donald Trump one of the four worst presidents the United States has ever had. Thanks to the members of his loyal cult, he does a bit better in this opinion poll. He is ranked 20th. It won't make him happy though to learn that the public ranked Barack Obama 8th.